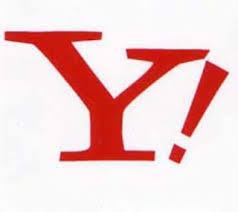 Well I was hoping this Microhoo crap was done but no it appears to be back again. Silicon Alley Insider is reporting here that Craig Mundie has basically said that the negotiations are back on.

Here's what Chief Strategy Officer Mundie told Reuters in Indonesia:
"The market may wish that the Yahoo deal may come back
together, but Microsoft at least at this point assumes it's over."

"At least at this point." "Assumes." Those weren't the words Microsoft was using two days ago. And Mundie was just getting warmed up:
"Yahoo could always come back again and say please buy us for $33 (a share) and I'm sure we might reconsider it but we're not assuming that's going to happen," added Mundie, who took over as Microsoft's lead visionary on technology from co-founder Bill Gates in 2006.

Translation: We reiterate our bid of $33. We're done with begging, but
if Jerry is tired of getting his fanny spanked by Gordon Crawford and other huge shareholders and wants to bring the deal papers up to Redmond, we'll sign them.

I honestly cannot believe that they're looking at this deal again. I believe that if they are reconsidering it's down to Google's reaction yesterday to the deal being called off. They basically said that they were glad the deal didn't go through and with all the talk about Google playing a winning role in bringing down the deal it might prick Ballmer's Google hatred nerve. If that happens we could see a deal due to ego.

I sincerely hope that is not going to happen. I'll say it again, Microsoft need to take a few billion and:

1) Buy a social network company like Facebook. One Windows Live ID allowing you to access a huge number of services and social sites but even more importantly think of all those eyeballs looking at Microsoft delivered ads. Even more importantly though would be Microsoft's ability to create applications for Facebook that are actually useful and attention grabbing. Get advertisement for Microsoft software.

2) Buy a true blogger site like WordPress. While Live Spaces are a nice wee profile some people, like myself, wanted a proper blog. I looked for a Microsoft delivered option and there were none. Buy or introduce a blogging service that only does blogging and that can be hosted from a remote site.

3) Bring Live Calendar out of beta and allow people to sync with their desktop mail application for free.

4) Promote the use of their API's and try to enhance the developer community. Tying the API's more closely to Vista's Gadget sidebar allowing the development of one gadget that can work on Live.com and Vista with no alteration needed. NB last time i heard one gadget could not work easily on both but I could be wrong and will need to develop one to confirm.

5) Bring the Live Applications closer together and tie them into Vista more efficiently. For example the ability to map SkyDrive to your Windows Explorer drive list and be able to simply save to it like any local drive would be great and make it much more usable.

6) Split the Windows 7 code into two streams, one for business and one for consumers. This would at least allow them to provide features that a specific to home users and not have many versions of the OS that only have slight differences.

7) It's time to see a Microsoft branded PC. I want to see Vista running on a machine that has drivers and hardware optimised for Windows Vista/7. Bring in proper designers, don't copy Apple's look and produce something stylish and lightening fast.

8) Microsoft really need an ad-sense engine. Google ads are being placed on millions of sites because everyone makes on it and you can place them for free. Again I was looking for Microsoft sponsored ads but couldn't find anything similar. While I'm not keen on copying everything Google does there are still some things they do that are genuinely useful and really do need to be copied.

9) Kill live.com. I'll come back to this in a later post because I'd look to look into this in a little more detail first.